In Quentin Tarantino's "Once Upon a Time In ... Hollywood," Leonardo DiCaprio plays actor Rick Dalton, the star of a fictional western series. Tarantino actually wrote it - and could imagine putting it on TV ... 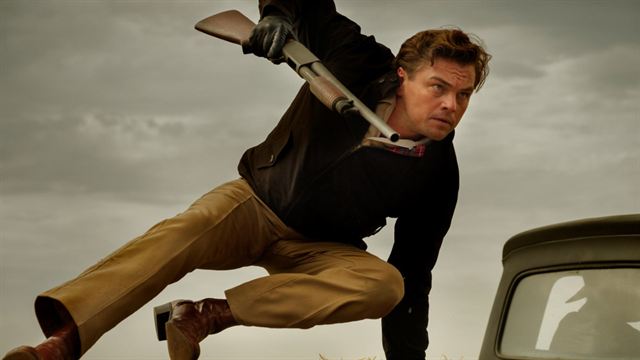 Things are going the way they always are when the theatrical release of a new film by Quentin Tarantino ("Pulp Fiction") is imminent: everyone wonders what the director will do next. So also this time. Tarantino has talked about a possible "Star Trek" movie after "Once Upon A Time In ... Hollywood" and the idea, as we have said, is far from over. Now, however, he chatted in a detailed interview with Deadline about another very interesting project ...

"I wrote a play and five episodes of a TV series. It's 'Bounty Law', "Tarantino explains in an interview when asked if, after working on" Once Upon A Time In ... Hollywood, "there's still material left over that he shot but did not use for the film. What initially sounds like a nice anecdote, turns out to be a reasoned consideration in the further conversation.

"Bounty Law" is the fictional western series that focuses on the new Tarantino film "Once Upon A Time In ... Hollywood" and features two friends Rick Dalton (Leonardo DiCaprio) and Cliff Booth (Brad Pitt) when viewers wanted to see westerns. The actor Dalton played in the series, which was sent between the years 1958 and 1963, the main character Jake Cahill. "Bounty Law" is a series in the movie, but could theoretically be considered as an independent project, as Tarantino now revealed.

"I've written five separate episodes for a possible black and white 'bounty law' series, each lasting half an hour," Tarantino explains, adding that another three episodes are roughly planned. In addition, the director reveals that he could imagine implementing the project in collaboration with streaming and TV channels such as Netflix, HBO, Showtime or FX - the only condition: he wants to turn to celluloid and not digital. He would personally take over the directing part in all eight episodes. There is a catch, though ...

Is Leonardo DiCaprio going as a Jake Cahill in series?

"I can not imagine that Leonardo wants to do that," reveals Tarantino, but says that he would be very happy about it. He also seems to be considering the possibility of casting another actor for the role.

Despite all the euphoria about these statements, fans should not be too happy. Tarantino emphasizes that he has no concrete plans for the realization of the project and his typical approach to filmmaking should not be ignored here. Finally, the director produces more and more material than he actually needs and he also describes in the deadline interview that he had also worked out the "Bounty Law" series to expand the biography of Leonardo DiCaprio's character Rick Dalton. Tarantino speaks in this case of the "mythology" of a figure:

"I can go through Rick Dalton's filmography, film by film, know every director he's worked with. I can explain how he got what role and what anecdotes were told on the set, "Tarantino describes his approach and is pretty sure that this is important for a good movie.

Apart from that, Tarantino is known to like to talk about possible projects that do not necessarily have to come about. As far as his current film is concerned, we find: "Once Upon a Time In ... Hollywood" has become really good - as well, you can read in our 5-star review. From the 15th of August 2019 you can also get a picture yourself. Then the movie starts in the cinema. Whether and when "Bounty Law" follows remains to be seen.