If the "Star Trek" idea that Quentin Tarantino has presented at Paramount is actually being filmed, the director promises that the end result will definitely be more stylistically more in line with his overall work than other Trek films. 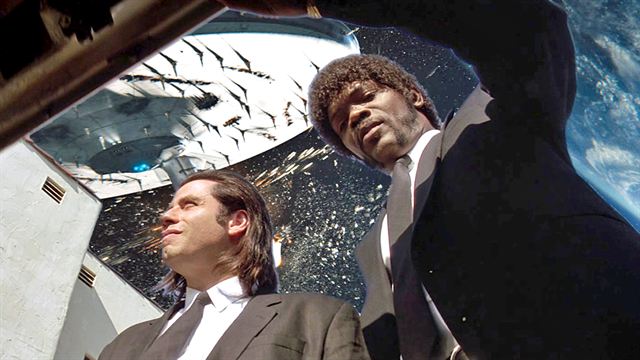 "Star Trek by Quentin Tarantino" sounded like the premise of a "Saturday Night Life" rocket a few years ago, but it could actually become a reality: the exceptional director who is currently filming his ninth film "Once Upon A Time In ... Hollywood, not so long ago had an idea for a script at JJ Abrams and his colleagues at Paramount, which is said to be actively developing there.

"The Revenant" author Mark L. Smith has already submitted the first script draft. Recently, Tarantino revealed that he could even imagine directing the project and ending his career after ten films starring in a "Star Trek" movie.

What Tarantino's version of "Star Trek" is about and whether the crew of the last three, by J.J. Abrams produced screen adventures for which offshoot would come back is not yet known. The characters should be at least Spock, Kirk, Pille and Co. act.

At the very least fans should also prepare that Tarantino does not want to compromise his style for the franchise. Tarantino's harsh words in an interview with Deadline have already been addressed to his eventual Scotty actor and Star Trek Beyond author Simon Pegg, who has been trying to appease the Star Trek fan base in the past, "Star Trek "Would not suddenly turn into" pulp fiction in space "just because Tarantino was at the wheel.

Pegg, to whom Tarantino has maintained a friendly relationship for years, and who along with Edgar Wright and Nick Frost also contributed a segment to Tarantino's and Robert Rodriguez's "Grindhouse" double feature, go to the director with such statements on the cookie.

"Simon Pegg annoys me. He has no idea what's going on and he's commenting on everything as if he's in the picture. In a commentary, he said something like, Look, it will not be 'Pulp Fiction' in space '. But! [laughs] If I make him, he'll be just that. It'll be Pulp Fiction in space. This 'Pulp Fiction' -like aspect in the script - I have never [read a screenplay for a] science-fiction movie that has that shit. There is no science fiction movie that has that. And they said that was why they wanted to do it. It is at least unique in this respect, "says Tarantino.

Whether Quentin Tarantino's "Star Trek" will actually go into production sometime, is not yet known. Tarantino's "Once Upon In ... Hollywood" will surely start on August 15, 2019 in German cinemas.